There is so much confusion about the comparable nature between Botox and dermal fillers. It’s not unreasonable to suggest that you should forget what you’ve been told about them both before continuing to read this.

Odds are you may have heard that they are synonymous, interchangeable, or that they serve the same purpose. The truth is that they are both individually quite different from the other in terms of purpose, ingredients, effects, and pretty much any other factor or characteristic you can think of. The only fundamental similarities they share are that both are injection treatments and both are only temporary fixes, which either need repeated for lasting effect or left behind for more invasive procedures.

One is meant to treat the lines and wrinkles that are seen when we make facial expressions, while the other is meant to lessen the depth of wrinkles that can be seen with our muscles at rest. If you aren’t sure which one is the corresponding answer, you may want to keep reading! 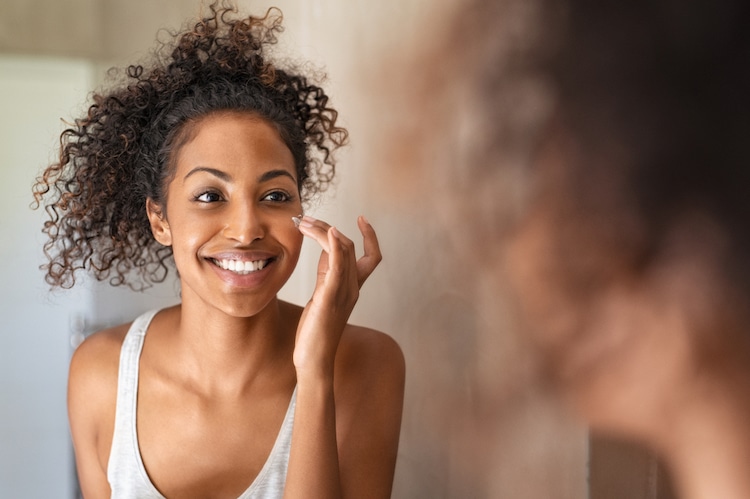 Of the two, Botulinum toxin (“Botox” is a brand name) carries much less complexity regarding the mechanism of its effect. Produced from the neurotoxic protein of a bacterium known as “Clostridium Botulinum,” it has many different brand names, but has one very distinguishable effect; it paralyzes the targeted nerve axons, preventing the release of a neurotransmitter called acetylcholine.

Yes, that is the less complex one! To grasp what this means, here is a simpler breakdown of what “Botox” fundamentally does:

Acetylcholine is a neurotransmitter that has a handful of primary functions. One of the more aesthetic functions is to facilitate the contraction of smooth muscles. In other words, it is responsible for the unintentional facial expressions we regularly, and often unknowingly utilize.

Botulinum toxin is a neurotoxin, which blocks the targeted nerves from receiving signals of acetylcholine. The resulting relaxation of local muscles is temporary, lasting up to approximately six months, on average.

These treatments coincide with the first answer mentioned in the third paragraph; they are meant to mitigate the harshness of the lines we see through expressions, most notably on the areas around the eyes and forehead, with one exception; the edges of the brow are often off-limits for botulinum injections due to the high chance of causing what is affectionately referred to as “droopy eyebrow.”

Here’s where it gets a little more complicated due to the number of options available, each carrying their own variables that should be taken into consideration. “Filler” is the generalized term for any injection treatment that augments the dermal tissue, rather than affect its physiology (There is one exception to this)

Below is a non-comprehensive description of the most common types of fillers you’re likely to be presented with.

Polylactic acid is the one exception to the rule mentioned above, that fillers don’t affect the physiology of the tissues. This type of filler is considered semi-permanent and functions as more of a trigger than a traditional filler.

It stimulates the production of your body’s natural collagen over time. With an average of about three monthly treatments for three months, you are almost certainly going to enjoy the result, and it will last significantly longer than most other methods.

Completely biodegradable, this synthetic filler has a track record of almost half a century to back its effectiveness, not just as a dermal filler but as a suture method as well! Typically, it is utilized on the lower parts of the face for optimal effectiveness.

Though it is produced biosynthetically for injection purposes, thereby drastically lowering the chance of allergic reaction; CaHA is produced endogenously in human bones.

It is a mineral-like compound that happens to be perfect for the aesthetic purpose of mimicking heavier features, such as cheek fullness and large facial contours. It is preferred for its astoundingly long track record of safety and lack of potential side effects.

HA fillers, as a subcategory of dermal fillers, come in a few different formulations themselves. The versatility of this biosynthetic filler is what makes it the most common choice among those who are experienced enough to knowledgeably discuss their options with the surgeon.

It can be used in just about any place for many different reasons and it can also serve different purposes; as plumper for some of the lighter contour areas, or as a shaper of some of the more pronounced areas, such as the chin.

Occurring naturally within the human body inside of soft connective tissues and around the eyes, as well as some cartilaginous tissues; it appears that even endogenously it performs very versatile functions.

You can expect to pay a decent amount for a properly trained, professionally licensed physician to perform these procedures. It is highly recommended with the utmost dire seriousness that no one undergoes these treatments by a non-licensed practitioner. Risk factors that are all but non-existent, can become life-altering and life-threatening very quickly.

To learn more about the costs of Botox and the costs of fillers at Yaletown Laser Centre, contact our friendly team today.

Estimates are typically influenced by variables such as the areas being treated and the products and brands being utilized.

Shots In The Dark

Though incredibly rare, it is possible to have an adverse reaction to the treatments. The following are some of the possible side effects that apply to both types of injections:

Uneven or asymmetrical results can be caused by overfilling, or by injecting into areas that are poorly chosen. By using a licensed practitioner, you mitigate this risk almost entirely. What Is PRP Therapy?